In our eighth episode of Ending Domestic Abuse, Dr. Ludy Green talks with actress and producer Louise Stratten, sister of the late actress and Playboy Playmate Dorothy Stratten who was murdered by her estranged husband in 1980. Together, Dr. Green and Louise discuss domestic violence, answer listener questions and emphasize the humanity often forgotten in sensationalized stories of domestic abuse in Hollywood.

This episode features a promotion for The Women’s Center in DC, an organization that provides affordable mental health counseling and essential services to victims of violence. If you live in the DC area and need help, or if you were moved by the story on our podcast today and want to donate to help vulnerable victims, visit https://thewomenscenter.org/ 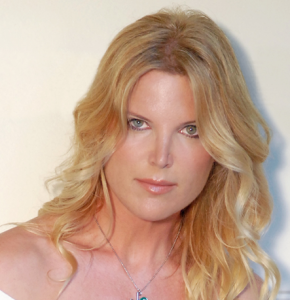 Louise Stratten is a producer and actress known for her performances in City Island, Django Unchained and It Chapter 2. As the younger sister of model and actress Dorothy Stratten, who was murdered by her estranged husband, Louise takes a very personal interest in assisting victims of domestic violence, working with several charities and even speaking at the White House. Her current projects include producing the feature One Lucky Moon with Noah Baumbach and Wes Anderson, as well as two limited series. One of these, The Killing of the Unicorn, tells her sister’s story, giving her a voice and adding a human dimension to what some have seen only as a Hollywood true crime tale.