Dr. Mary Beth Janke has over 30 years of psychology, security, and investigative experience. As a psychologist, Dr. Janke has worked with individuals who are experiencing anxiety, depression, adjustment challenges, trauma, women’s issues, and substance abuse. Dr. Janke has also conducted research and published work in the areas of stalking and domestic violence, self-esteem and young women, and stress management. 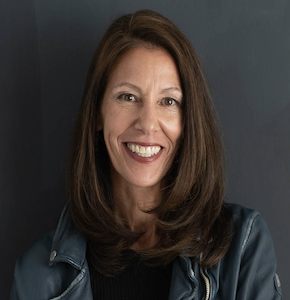 Dr. Janke earned a doctorate in Clinical Psychology after an illustrious and varied career that included being a Special Agent in the Washington Field Office the United States Secret Service.

She went on to become a protection agent on numerous government contracts and was the only female to ever officially protect a foreign president outside of the United States. As part The Investigative Group, Inc., a global leader in investigative intelligence in Washington D.C., Dr. Janke lead an inquiry during the “Iraqgate” investigation and an investigation for 60 Minutes on the Duke Lacrosse scandal. She also served as a counselor in the Stalking Unit of Victim Services in Queens, NY, during which time she researched and created a Stalking Risk Assessment Prototype.

Dr. Janke holds a Doctoral Degree in Clinical Psychology from Widener University in Philadelphia and a master’s degree in Forensic Psychology from John Jay College of Criminal Justice in New York. She received her Bachelor of Science in Criminal Justice from Indiana University in Bloomington along with a minor degree in Spanish Language, following intensive studies at the Universidad de Sevilla.

Dr. Janke currently works as a consultant in the fields of forensic and clinical psychology and continues to consult in the areas of threat assessment and protective security. She is the Director of Special Projects for Hunter Global Security Strategies, an international security and investigative firm. Additionally, Dr. Janke taught Abnormal Psychology and the Psychology of Crime and Violence at the George Washington University in Washington, DC. through 2021.

In April of 2020, Dr. Wilkas Janke’s book, ‘The Protector: A Woman’s Journey from the Secret Service to Guarding VIPs and Working in Some of the World’s Most Dangerous Places’ was published. It is a memoir of her life as told through the exciting and dangerous missions she accepted as one of the few females in the world of international executive protection agent.